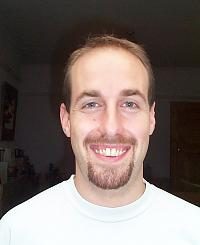 “Ageing, Brain and Cognition: Some results from the Cambridge Centre for Ageing & Neuroscience (CamCAN)”

I will describe a range of results from neuroscientific investigation of approximately 700 people from 18-88 years of age in the CamCAN project (www.cam-can.org), including: 1) separating the effects of age on vascular vs neural components of the BOLD response by combining resting-state fMRI and MEG; 2) effects of white matter (measured from diffusion kurtosis imaging) on age-related changes in latency of evoked MEG responses, 3) state-dependent effects of age on fMRI connectivity across rest, sensorimotor-responding and movie-watching; and 4) structural equation modelling of the relationship between gray- and white-matter integrity, executive function, memory and age.

Rik Henson is Acting Director of the UK Medical Research Council (MRC) Cognition and Brain sciences Unit (CBU) in Cambridge, England. His research concerns the systems neuroscience of human memory, using data from behavioural, neuroimaging and neuropsychological approaches. He is also an expert in fMRI and M/EEG analysis techniques. He obtained his first degree in Natural Sciences at the University of Cambridge, followed by an MSc in Artificial Intelligence at the University of Edinburgh before returning to the University of Cambridge for a PhD in Experimental Psychology. He was a post-doctoral researcher and Wellcome Career Development Fellow at University College London for 8 years, before returning to Cambridge in 2004 as an MRC Programme Leader at the CBU.