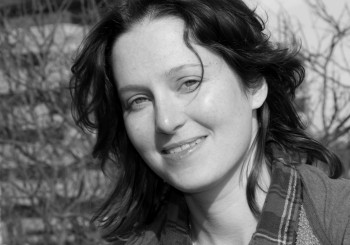 Salience in the Control of Eye Movements in Natural Scenes

Titel: Salience in the Control of Eye Movements in Natural Scenes

Summary:
Visual acuity is highest at the point of gaze, and declines rapidly into peripheral vision. As a result, eye movements bring different parts of the visual world into focus. Two competing theories seek to explain how these fixations are controlled. The ‘top-down’ theory posits that control is in service of one’s current and future task goals. The ‘bottom-up’ theory contends that environmental features control gaze.

My PhD thesis tested how well these theories can explain natural scene viewing. Unlike past research utilizing simplistic displays, where there can be complete transparency regarding task goals and environmental properties, in natural scenes the distinction is blurred. For example, when searching for one’s keys, did you look at the table by your door because that’s where you expected to find them (top-down control), or because they reflect the light in a unique manner (bottom-up control)? To resolve this issue, I took the novel approach of directly manipulating the bottom-up content of natural scenes by selectively increasing or reducing low-level features across either the whole scene or for particular objects within the scene. Moreover, by manipulating low-level features, I was able to link bottom-up control in natural scenes to those used previously with more simple displays.

In a series of investigations, I measured the effect that these changes had on eye movement behavior and made four broad discoveries. First, the initial eye movement made into a natural scene is more likely to target regions based on bottom-up features, particularly when that first movement is rapid. Second, the initial tendency for eye movements to be under bottom-up control cannot be overridden by providing explicit top-down information about the scene; that is, initial eye movements were directed toward low-level features regardless of participant goals. Third, bottom-up stimulus features can draw gaze when they coincide with sudden changes (such as one object becoming brighter than other objects), even when those changes occur outside of awareness. Fourth, bottom-up stimulus features may be used to target locations within peripheral objects that would have otherwise been missed. Collectively, these findings reveal that both bottom-up and top-down processes can control eye movements in complex natural scenes; with bottom-up control prioritizing the locations and objects to be looked at, and top-down control overriding those priorities when needed. This paints a picture of an oculomotor control system that flexibly harmonizes information from a complex and dynamic environment in service of one’s task goals.